Established in 2005, Galloway Park is jointly owned with Mad River Township. The park features playground equipment for children of all ages and a large shelter house with electric. The Park also houses a large open area that can be used as a soccer field or other recreation. The Park operates from dawn to dusk. 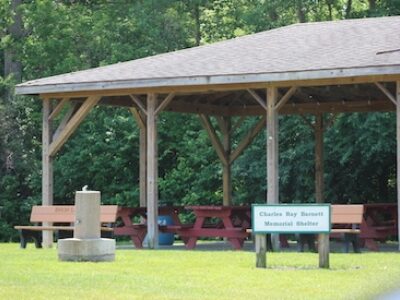 Galloway Park is named after James Galloway, a Revolutionary War Veteran, who was the first settler in the area that is now Mad River Township. He and his family came to the area around 1798, taking a 400 acre tract along Muddy Run, which later came to be known as Mud Run. He was a blacksmith, whose principal customers for the first few years were Indians. He planted an orchard in 1800. The restored log house he built still sits next to the Adena Mound off of Indian Drive.

Galloway Park is located at the corner of Hunter Road and Twin Lake Drive, next to Mud Run Creek. Call (937) 864-7870 for additional information.